An Interpretive Guide for Passage to the House of Power 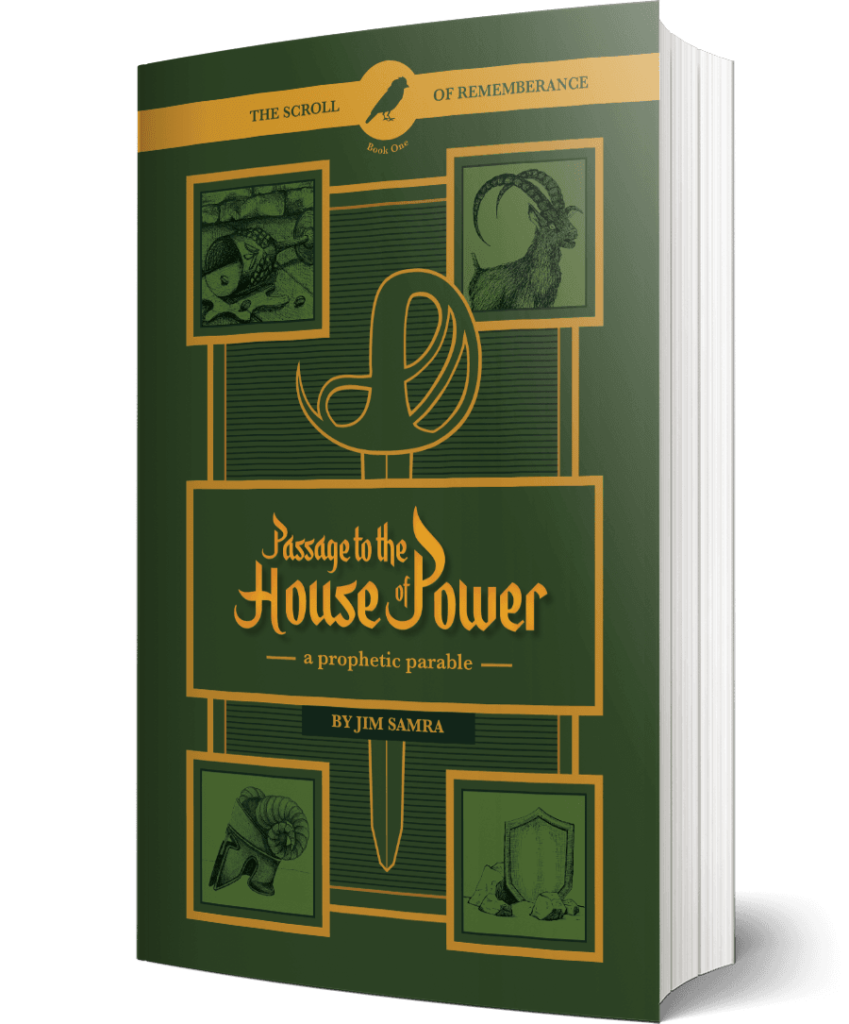 The purpose for writing The Scroll of Remembrance series was to teach Scriptural truths in an entertaining and engaging way. Through several reading guides, I hope to help readers get the most out of the books so that they might be better equipped to put the truths into practice.

What Type of Book is Passage to the House of Power?

The Scroll of Remembrance fantasy series is intended to be a prophetic parable. Hosea 12:10 refers to God giving parables through prophets. Parables are fictional, though true-to-life, stories designed to teach readers. Prophetic parables are meant to teach readers truth for the purpose of strengthening, encouraging, and urging them to live in a manner pleasing to God.

Because Jesus taught in parables and the Bible contains many parables, Christian writers have written parables (or allegories, which is a name sometimes given to longer parables) throughout history. The Shepherd of Hermas; Pilgrim’s Progress; The Lion, The Witch, and the Wardrobe; Hinds Feet in High Places; and Veggie Tales are all examples of parables. These stories make strong use of symbols to teach important Christian truths. While all stories have themes and communicate messages, parables make heavy use of symbolism and signs. In this sense, The Scroll of Remembrance series is a parable.

The Scroll of Remembrance is also like a “dream,” which is why the opening epigraph of Passage to the House of Power says, “let the prophet who has a dream recount the dream” (Jeremiah 23:28). While parables do not usually have more “fantastic” elements (though they are found in Judges 9), dreams and visions feature these elements. The visions of Daniel and Revelation are filled with fantastic imagery. Babylon is portrayed as a lion with eagle’s wings that becomes a man, Greece is represented by a goat, and Satan is a dragon. Some apocalyptic dreams and visions are populated by elements that are unreal to our minds or that don’t follow the physical laws of our reality: skinny cows swallowing fat cows or a loaf of bread knocking over tents as if they were boulders.

Not only is The Scroll of Remembrance a parable, it can also be categorized as a “dream” in the sense that it uses more fantastic elements and doesn’t always abide by the physical laws of our universe. Now by calling it a dream, I don’t mean to imply that this book is the result of some inspired, ecstatic dream experience. It is not. But it uses elements associated with dreams and visions to make its point.

The broader context of the quote from Jeremiah 23 is also important because it warns that all prophetic dreams must be judged against the standard of God’s Word. Dreams can be useful, or they can be deceptive, and we must discern their value by judging them against God’s Word. My purpose in writing is to enlighten not deceive, but the truthfulness of the message and the aptness of the imageries must be evaluated in light of the Scriptures. Hopefully this book creatively communicates Biblical passages, themes and ideas in order to encourage readers to engage with God’s Word.