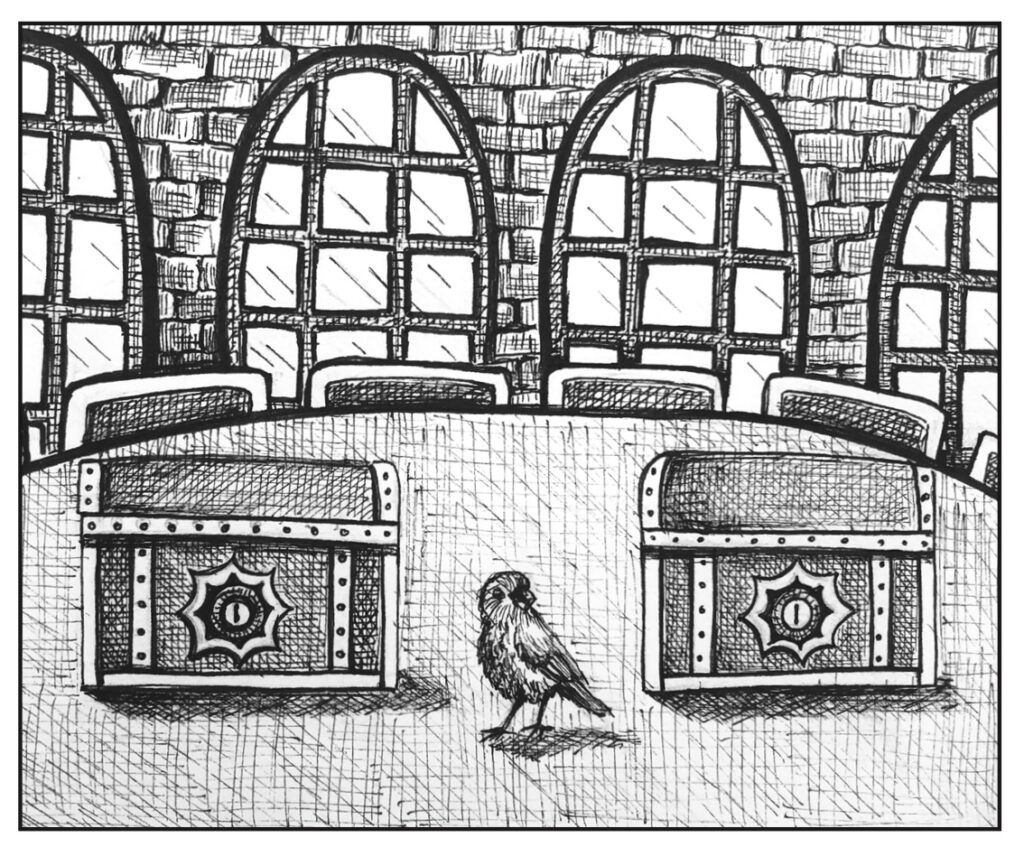 In this section of the interpretative guide, I explore a few key symbols in The Scroll of Remembrance.

A Closer Look at Key Characters, Objects and Places

The most important symbol in The Scroll of Remembrance series is the character of Rohka, who represents the Spirit. An important theme in the books is Rom’s relationship with Rohka. Rom’s interactions with Rohka at the beginning of the story are very different than their interactions later on. This change is intended to show how a Christian’s experience of the Spirit grows and develops on his or her spiritual journey. There are times in the story where Rohka’s communication seems unclear, or it looks as if Rohka has abandoned Rom, or Rohka doesn’t appear to do enough to intervene and help in difficult situations. Remembering that the story is told from Rom’s point of view helps remind the reader that we are often confused about God’s communication with us. On our journeys sometimes it feels as if the Spirit comes and goes in the midst of our troubles, and we often wonder why God doesn’t do more to help. Also, the implications of how Rom’s sins affect his interactions with Rohka are intentionally not spelled out. There is much about Rohka that takes time to understand, especially early on.

The Spirit also takes the form of other animals in the story. Some characters have different animals (like Ataymah’s dog) and some don’t have animals at all to show that in many ways each person interacts with the Holy Spirit differently. It is always the same Spirit. In the story all the animals interact with one another in unity because they all represent the same Spirit. There are also counterfeit examples, such as the goat and the man in the caves, which show how Satan’s kingdom often mimics God’s kingdom but without the same power or love.

Jesus is also present in the story, but in ways that reflect the reality that our primary interaction with Jesus today is through his Spirit. The Spirit makes present in our lives the work that Jesus accomplishes. So it is Jesus’ voice that awakens Rom; in Rom’s vision of home the river of life flows from Jesus’ cross (the pole in Galatians 3); and it is Jesus’ blood on the breastplate that rescues Rom from the demonic witch in Cindropolis.

The Armor and the Shadom

There are many pieces of armor, which come from Ephesians 6, that Rom collects on his journey. These include the shield of faith, the helmet of salvation and the breastplate of righteousness. In reality, Christians have access to all of the pieces of spiritual armor from the beginning of their spiritual journeys. However, Rom receives them at various stages to highlight the idea that even though Christians have full access to spiritual armor, we learn to put on different pieces of armor at different times. The fact that not every character has armor-based manifestations of these spiritual realities highlights the truth that Bible’s has different imagery of spiritual armor (e.g. Ephesians 6 is different than 1 Thessalonians 5), as well as the truth that it is not always possible to perceive when and how others are wearing their spiritual armor.

The Shadom, along with Rom’s scroll, represents the Bible (Ephesians 6:17). Rom absorbing the Shadom into his arm is an allusion to memorizing God’s word and hiding it in his heart (Psalm 119:11). The Shadom can take different shapes because that makes for a good story, but it does highlight the diversity of biblical genres, as well as the infinite situations for which the Bible is useful.

Mot, the Goat, the White Power

These characters represent Satanic forces of darkness. They plot together to keep Rom from succeeding on his journey. Mot’s name means “death,” and he represents Satan and/or death, the final enemy. They are often referred to as Powers to symbolize all the “principalities and powers” that try to destroy Christians. As with demonic forces in the Bible, how these forces of darkness engage, influence, inhabit, and interact with humans can be difficult to understand.

These are the various cities that Rom and his friends visit on their journey. Some of the cities  are symbolic, though many of the details of these locations are simply meant to enhance the story. However, each city is connected to pride in some way: Lithown represents rules and legalism; Julat represents outward appearance, achievement, and competition; Cindropolis represents license, cravings, and worldliness; and Karsa represents industry and technology.

It is possible to see some significant symbolism in Cindropolis. A key feature of the city is Gibra. Gibra gives physical, tangible representation to the biblical idea of the lusts of the flesh, the lusts of the eyes and the pride of life (1 John 2:16). It signifies pride that comes from just the normal parts of living life in this world. Because Gibra is not present in other cities doesn’t mean that pride isn’t there. For the sake of story, this aspect of pride—pride as a tangible, consumable, addictive element—is explored in Cindropolis. It is intentional that Gibra is connected to vineyards and grapes. Grapes, perhaps more than any other fruit, are open to the possibility of either being a blessing or a poison. The deciding factor as to whether grapes are a blessing or a curse is determined by what is in the one who eats them, rather than anything contained in the fruit.