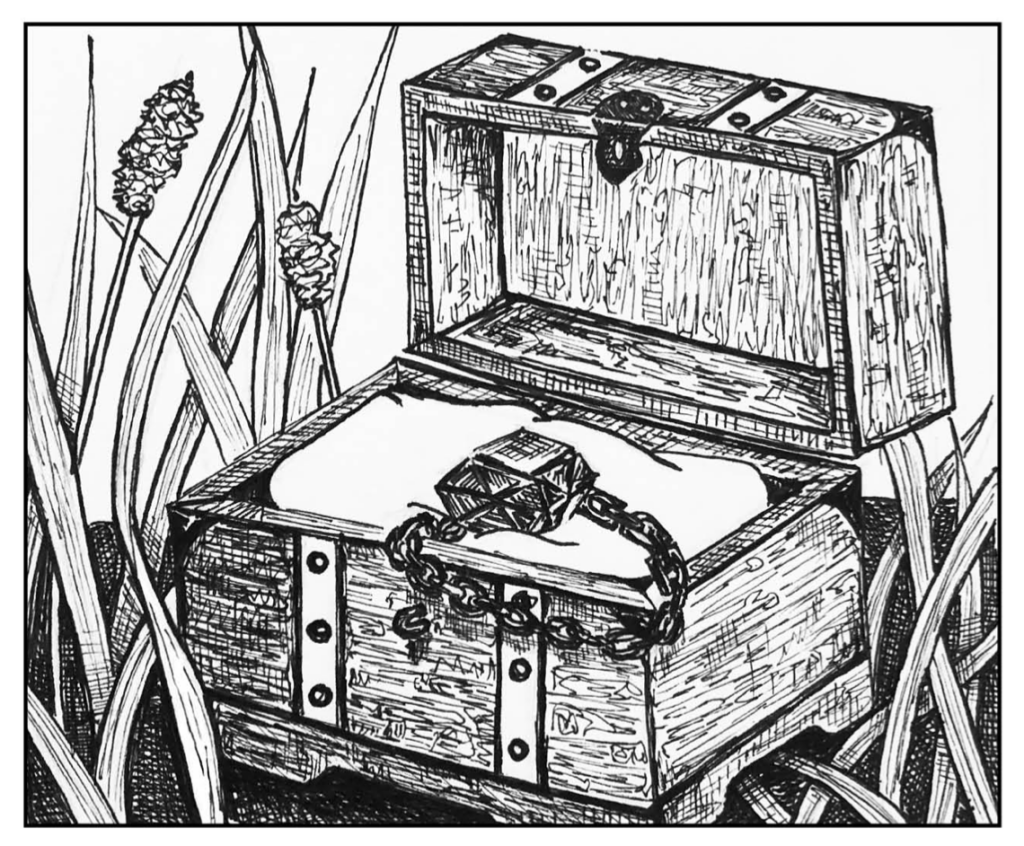 Did you miss some of the imagery on Rom’s journey? There is a lot to discover and this guide provides some helpful insights.

A Closer Look at Imagery and Ideas on Rom’s Journey

The prologue that begins book one, Passage to the House of Power, details how Rom is summoned by the King of Sebi (God the Father) to go on a spiritual journey. The iron scepter represents his call to service in the kingdom. Mot is the Adversary who accuses and opposes Rom in a way reminiscent of the opening chapters of the book of Job. The salty-sweet smell that fills the chamber is associated with pride and a recurring theme throughout the series. The two boxes that Mot reveals will reappear in the House of Power as manifestations of pride associated with people-pleasing and knowledge.

Rom is awakened from spiritual death when Jesus calls his name. Rom drinks of the water of life and is given the Spirit who protects him from the deception of the Evil One who seeks to destroy Rom. Satan often attempts to destroy what God, especially at the outset of new seasons of life or ministry, just as the temptation of Jesus happens before his public ministry.

Lithown represents law. The Bible teaches that the law is good, but also clearly shows how legalism, or the idea that spiritual maturity and blessings come from following rules, actually destroys the freedom Jesus gives to Christians. The law is often symbolized in the Bible using the imagery of stone, so Lithown is a place of stone. Rom is trapped in a quarry much the same way that Galatians 4 talks about being under the law. Many people begin their spiritual journeys in places of legalism. The counterpart to law is Spirit and faith. To highlight this truth, Rom is rescued by Rohka and receives the shield of faith in Lithown. “Batah” is similar to the Hebrew word for “trust.”

The portion of the story that takes place in the caves do not properly belong to Lithown, but they are a corollary. The caves represent the darkness of doubt. One of the wounds that legalism can bring is self-righteousness for rule-followers. Legalism can also bring the wound of doubt about one’s salvation for those who reject the demands of legalism but live in communities focused on law.

In both Lithown and the caves Rom engages with two stories on his scroll, both featuring Peytos, who represents King David before he is king (1 Samuel 15-16, 27, 30).

The gift that Rom receives in the caves is the helmet of salvation, which he receives after hearing the word “beloved.” David’s name means “beloved” in Hebrew. 1 John 4:18 reminds us that perfect love casts out fear, the fear that we are not children of God.

The manifestations of pride in Julat come in the form of competition, success and outward appearance. Rom’s successful trip to the Cavern of Contest, made possible only by Rohka and Avi’s help, turns his insecurity into arrogance with regard to his jewel. The story on Rom’s scroll of Peytos is crafted from David’s story in 1 Samuel 25. The antidote to the insecurity that comes from trying to take matters into one’s own hands is the promise of blessing from God.

When Rom returns to Julat his insecurity has become arrogance. The passage on Rom’s scroll when the jewel is turned to seed comes from a combination of passages in Proverbs 3, James 4 and 1 Peter 5 that say God opposes the proud but gives grace to the humble. It also draws from Isaiah 1:18-20, where red and white feature prominently. Because God opposes the proud, Rohka fights against Rom to break his pride. When humbled, the grace that comes is the gift of Rom’s Shadom, another symbol of God’s Word. Jesus’ blood (red) washes away our crimson sins, and his righteousness (white) makes us clean, described as white as snow.

If Lithown is law, then Cindropolis is the opposite, equally-dangerous extreme of license. It is the place in our spiritual journeys where we may become addicted to sin and controlled by the cravings of our flesh. It is a wide open city. Good and bad mix in confusing ways in Cindropolis. There are no authority figures or guides for Rom, except Rohka. Rom’s adventures in Cindropolis are tied to the story of Daybe on his scroll, which represents Joshua entering into the land of Canaan. There is great danger that Israel will be seduced by the practices of the Canaanites, but there is also great opportunity for those same Canaanites to be rescued. The story on the scroll comes from Joshua 2 where the two spies are sent to Jericho seemingly for the sole purpose of rescuing Rahab and anyone else who is willing to be rescued. In the midst of the carnal city, Rom ends up rescuing Cora. Because Cindropolis is so connected to sin, the piece of armor that Rom receives is the breastplate of righteousness. The breastplate doesn’t belong to Rom (it belongs to Jesus) but it is given to him as a gift. Because of similar themes, the White Power is a nod to the White Witch from The Lion, The Witch, and the Wardrobe.

Karsa represents business and technology. The guiding story from Rom’s scroll in Karsa is the Tower of Babel story from Genesis 11. Technology can be used for either good or bad purposes, but there is an inherent danger and temptation toward self-sufficiency (i.e. pride) that is inherent in technology. For this reason, the technologically created foods both taste great but all have unintended side-effects, as with all technology.

The Dardar who oppose the work in Karsa are personifications of God’s curse in Genesis 3 where the earth produces thorns and opposes mankind’s efforts to work, cultivate, and tend to the earth.

The House of Power

The House of Power shows us the two boxes revealed by Mot in the prologue. They represent the temptations to choose the pathway of pride because pride offers gifts and powers as well. The Face of Humanity signifies people-pleasing. It offers to its wearer the ability to know what others want but does not reveal that such a power is actually enslaving and destructive. The Book of Knowledge signifies human knowledge. The Book offers almost limitless human knowledge without the warning from 1 Corinthians 8:1 that knowledge makes us proud. It is meant to remind people of the Internet.

The King’s hidden warning written in invisible fire is a mashup of Jeremiah 2:5, Habakkuk 2:17 and Jonah 2:8. It leads Rom to the choice the whole book points to: the humility to accept Rohka and His guidance as what God intends for Rom. Rom chooses to walk by faith, not by sight, and to be led by the Spirit rather than human pride.